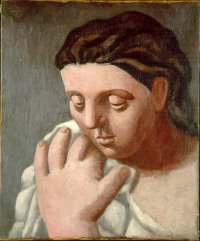 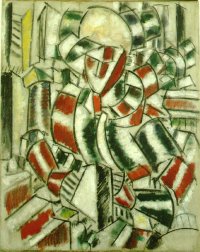 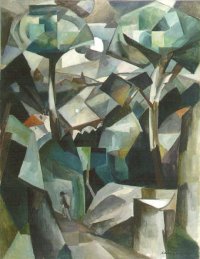 The NAZI agents and collaborators of the Third Reich systematically looted the geographic territories and national jurisdictions that came under their control. Acting at the behest of the NAZI party and its senior officials, the NAZI regimes plundering took place from 1933 until the end of World War II, with most plunder acquired during the war. In addition to lucre, such as gold and currency, cultural items of great significance were stolen, including paintings, ceramics, books, and religious treasures. Although many of these items were recovered by the Allies and returned to their original owners immediately following the war, many items remained unaccountably - missing.

Approximately 20% of Western art was looted by the Nazis and there are well over 100,000 items that have not been returned to their rightful owners. An estimate of the current value of these unreturned items exceeds $10 billion. Lucian Simmons, head of Sotheby's Restitution Department, estimates the value of unclaimed works of art looted by the Nazis at somewhere between £5.7 billion and £17 billion ($11 to $34 billion). The majority of what is still missing includes everyday objects such as china, crystal or silver, which have a strong sentimental value to the victim families. But, there are objects of great cultural significance that also remain missing. This is a major issue for the art market since legitimate organizations do not want to deal in objects with unclear titles. Today, increased vigilance has caused dealers, auction houses and museums to be more careful about checking the provenance of objects that come up for sale. That degree of care, however, was not always in place. Notwithstanding the occasional turning of a blind eye, indifference, mistake, carelessness, negligence or even fraud, improper and inadequate provenance research has left many otherwise thoroughly-reputable museums, dealers, auction houses and private collectors with significant liabilities for the looted art that had somehow found its way, one way or another, into their respective collections.

The publics awareness of these crimes, inequities, and still un-recompensed victims has elevated the quest for justice. Currently there is an international effort underway to locate, identify and/or otherwise account for this still-missing Nazi plunder, with the aim of ultimately returning the items that still exist to the families of their rightful owners or to otherwise compensate those rightful owners - to the fullest extent possible - for their loss.

In the last two decades, public pressure, political and economic changes, as well as advances in technology has made information on looted and questionable-provenance art more accessible. Certain government records have recently been declassified and are now accessible to researchers. Privacy laws in some countries have expired so records that were once difficult to obtain are now open to the public. Information from former Soviet countries that was previously unobtainable is now available, and many organizations have posted information online making it widely accessible.

Touchstone is an expert in art restitution; we work in conjunction with several expert organizations to confidentially share information and expedite research. Touchstone works with families, museums and government agencies to help find and recover objects that were looted during World War II and to trace the provenance of objects with gaps in their ownership history. We research the provenance of known NAZI plunder, but whose owners remain unidentified. We conduct related genealogical research when a former owner can be identified, but his or her closest family relations, descendants and rightful heirs remain unknown.

We have the resources and available legal expertise to acquire a measure of justice for your familys loss, from the return of your familys art to a substantial settlement. Let us judge the strength of your claim. We will often take a research case on a contingency basis, depending on the proof that you already have and the additional evidence that we may have to assemble in order to prepare your claim for a presentment to the current custodian of your familys property (for a possible return or settlement), and/or for use in a judicial proceeding.

Contact us with the details of your search for a free evaluation of your claim.